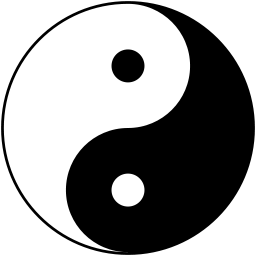 One of the basic principles in cellular physiology is that for each potassium exiting a cell, a sodium will replace it. There are many passive channels in the cell membrane to assure that this will happen. And there are active pumps, such as sodium-potassium ATPase, to restore a proper balance of sodium and potassium inside and outside of the cell. Much of our daily energy consumption goes to maintaining this balance because of its great importance.

The authors also discussed the DASH diet study that included a high intake of potassium in the diet. This was a randomized controlled trial that lasted 8 weeks. It used people whose systolic blood pressure was less than 160 and whose diastolic ranged between 80 and 95. The diet was a high potassium, low sodium and low fat diet. The results were that the hypertensives reduced their blood pressure by 11.4 systolic, and 5.5 diastolic. The normotensive subjects reduced their blood pressure by 3.5 and 2.1, systolic and diastolic respectively.

A later DASH diet study used 3 levels of sodium intake. The group with the lowest level of intake had the least reduction in blood pressure. But because of the complexity of the changes in diet, it is difficult to draw conclusions. Other dietary factors may have been involved in the blood pressure changes, such as antioxidant content, fiber or fats.

In the 2 studies concerning stroke, the researchers showed that when the potassium intake was increased by only 390 mg per day there was a 40% reduction in stroke related deaths. The second study that the authors discussed was a meta-analysis of prospective studies of strokes. This study found that 1640 mg of potassium daily reduced strokes by 21%.

In the studies concerning cardiovascular disease the authors discuss the Interheart study and the NHANES III study. The Interheart study placed subjects on a higher fruit and vegetable diet, and compared them to a control group on a normal diet. They found that there was a 30% reduction in myocardial infarctions.

In the NHANES III study a look at the potassium sodium ratio showed that the higher the ratio, the less the mortality from ischemic heart disease, cardiovascular disease and all causes.

The authors also discussed the Taiwanese study of elderly veterans in a retirement home. The dietary change in potassium and sodium in this study could be accurately determined because the setting was highly controlled. A discussion of that study can be found at the post we made here.

The authors also discuss the mechanism of potassium's effects on blood pressure and on end-organs. They focus on the kidney effect and the blood vessel effect. In most of our posts on this website we have emphasized how the potassium sodium ratio affects all cells, and have especially discussed the kidney and heart cells. We have emphasized the cellular molecular effects. The authors in this article discussed mostly the effect of the ratio at the organ level.

They also discussed how increasing potassium modulates blood vessel sensitivity to catecholamines, such as epinephrine and norepinephrine involved in the “fight or flight” response. When there is less sodium in the body, there is less increase in blood pressure when norepinephrine is given. In the particular study that this was shown, the subjects were also given a high potassium intake. The researchers found that the diastolic blood pressure dropped by 5 mm Hg in half of the subjects with the higher potassium intake.