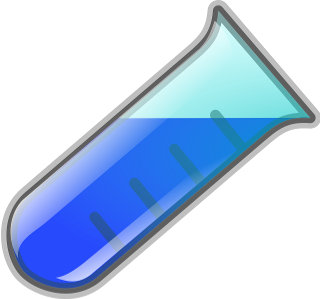 It would be helpful to be able to determine who has salt sensitivity so that salt sensitive individuals could have strong advice concerning their salt intake. At the present time, there are a few tests that doctors can run to determine salt sensitivity. But the testing is more complicated than taking a simple blood sample or a simple urine sample.

The researchers found two different genes in kidney cells that they could test in cells that are shed into urine. These two genes are known to be responsible for a large percentage of sodium reabsorption by the kidney. The genes specifically make proteins that transport sodium in the kidney cell.

First the researchers tested subjects using the usual tests for salt sensitivity. Between one and five years later, they checked for the two genes in kidney cells in the urine of these same subjects. They found a linear correlation between changes in these genes and salt sensitivity.

How The Test Helps

This provides a simple test that would allow doctors to advise their patients about salt intake. The standard tests used now are more complicated and involved, and only used for someone with hypertension. They would be hard to justify using for someone with normal blood pressure. And the test may provide the confirmation needed to motivate those salt sensitive patients who otherwise would not reduce their salt intake.

Almost everyone who is healthy would benefit from a high potassium sodium ratio in their diet. But there is some debate about whether increasing potassium, or lowering sodium, or simply improving the ratio is more important.

This type of study would be especially helpful for those patients with so much kidney, heart, and blood pressure problems that they actually may be put at greater risk when put on a very low sodium diet. It may be that these patients would be helped more by increasing their potassium intake, while keeping their sodium intake at a higher level than necessary for healthy people.
_______________________
1. A linear relationship between the ex-vivo sodium mediated expression of two sodium regulatory pathways as a surrogate marker of salt sensitivity of blood pressure in exfoliated human renal proximal tubule cells: the virtual renal biopsy. Gildea JJ, Lahiff DT, Van Sciver RE, Weiss RS, Shah N, McGrath HE, Schoeffel CD, Jose PA, Carey RM, Felder RA. Clin Chim Acta. 2013 Jun 5;421:236-42. doi: 10.1016/j.cca.2013.02.021. Epub 2013 Feb 27.